A downloadable game for Windows and Linux

What if River Raid was a 2-player couch co-op game like I thought it was supposed to be when I was 12?

This is a port

This is not just another knockoff made to look like the original River Raid (you know, the legendary game by Carol Shaw and Activision). Nope. This is a port from the Atari 2600 binary code to a modern game engine. Thus, the ground-breaking level generator is the same as the original. Even the fantastic flight controls that feel like they suck you into the canyon walls are the same (well, minus the near-nil jitter that I smoothed out). The things that are different are what I chose to make different, as you will see below.

Remastered for the Atari 7800

The primary goal is as stated up top: to mod River Raid into a co-op game. That, alone, would have been worth blowing up a bridge over. But, because I wanted a bit more reward for trying to make sense of the disassembled code, I thought I would up the specs a bit. Thus, I remastered the graphics to what should be doable on the 7800. Consequently, what you find here is actually a prototype for testing gameplay before porting again to the 7800 (join the discussion below: Where is the Atari 7800 build?).

Never fear, river raiders (or is that canyon bombers?), I kept all enemy sprites pixel-perfect to the original, even though I did things like recoloring the ship into a river boat or PT boat. I did, however, make one, possibly controversial, change. I decided that the player's jet looks the most like an F-86 Sabre, and so I got out my pixel hacksaw and chopped the tailplane down to match it a bit better. Thus, the rear of the jet is now 1 pixel narrower on each side. At first, I thought this might only allow the extremely rare close call after coming out of a bank near an object but, after testing, I noticed you can miss a few frames of refueling if only skimming near a fuel depot. Thus, I might widen the tailplane again, or might just call it a 2-player variant. Not sure. Happy to hear your thoughts on this.

There are, of course, other changes simply because of, well, 2 players! Kick butt!!! Oh, yeah, back to the topic.... The bridge now takes 2 hits to destroy (at half the hit points each). The screen is also taller allowing you to see and hit 1 more enemy sprite ahead. This has the side effects that it takes a tad longer to fire again if you miss, and it changes when enemies start patrolling and jets start flying (which is pretty random according to game start time anyhow). And... other geeky things I'm probably forgetting at the moment.

The game/prototype is pretty well complete, but:

* Only Ctrl+1 works on Linux for reasons that are beyond my noobiness. And Ctrl+3 is the same as Esc on Linux in this game engine?? Also, the screen size commands are only active on the main menu, for now.

Yeah, my fault for being unable to decide on only one 2P mode. I tried. I failed.

I completely and totally (with all my heart) recommend using the itch app to install River Raid Squadron and to keep it updated. I worked hard at tuning the installation to work super-cloud-soft-wonderful with it. Don't waste it. (Otherwise, just unzip and run... and updates are on you.)

For info on installing on 64-bit Linux, see my post here:

StickyWhere is the Atari 7800 build?
by mj.Jernigan · 5 posts
168d
Greatest Atari Game Ever!
by pcexpert · 3 posts
2y
Post a new topicView all posts 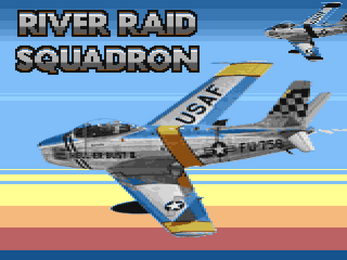 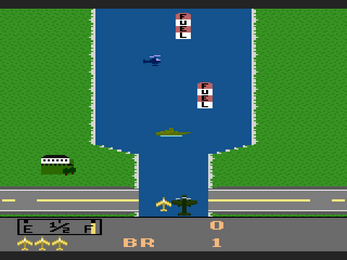 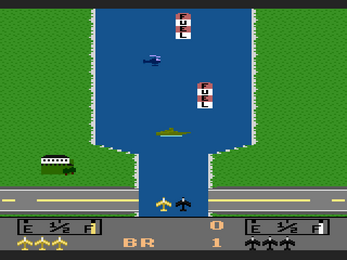 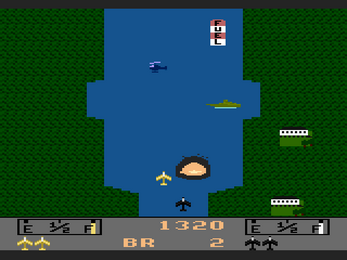 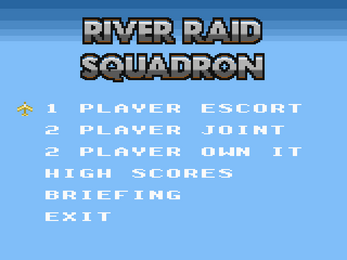